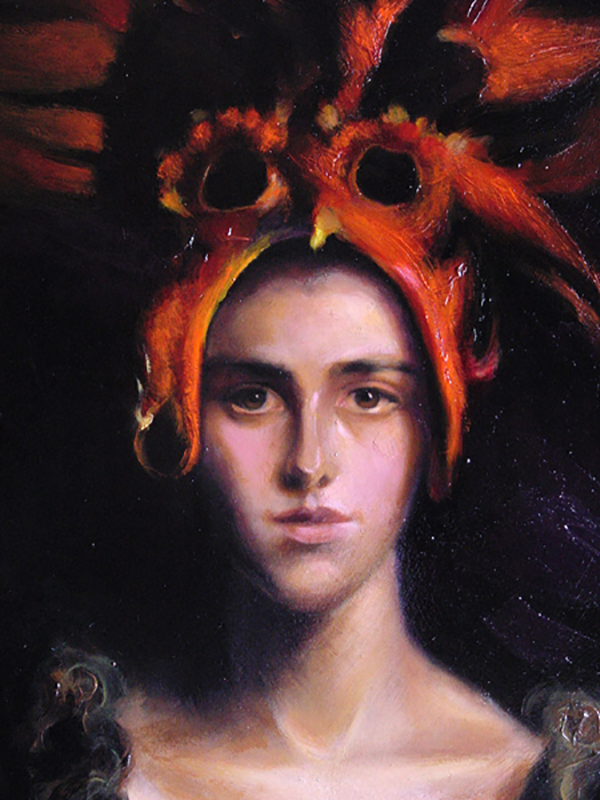 J. TORRENTS LLADO (1946-1993) Barcelona, Spain At age nine, Llado began drawing at Academia Valls and learned art (painting) at San Jorge School. He won several awards while at school, received a scholarship from Amigo Cujas Foundation, and in his senior year at age nineteen was appointed assistant professor by the school management. At twenty-two, Joaquin established a studio in Palma de Mallorca, an island in the west mediterranean. Using Mallorca as a base, he traveled throughout Europe, North America, and Brazil to obtain subject matter for his painting. While traveling he drew, thought, broke down his own style, and created another. During this period, his style shifted from abstract to concrete. A few times every year since 1972, he holds exhibitions, concentrating on portraits, in Europe and North and South America. Llado is now highly acclaimed as a master of modern portraiture, surpassing Velasquez of the seventeenth century. The method of Torrents Llado, where he seems to see the world through a looking glass, is a skilled technique of a maestro which incorporates the three aspects of Velasquez – light and shadow, chiaroscuro and impressionism – as well as the atmospheric perspective of Leonardo. In this way he has created a world of landscape painting which is both historic and yet alive. Joaquin Torrents Llado has developed his own style of realism with Venetian coloration, backed with historical techniques of light and shadow control, and the atmospheric perspective of the impressionists. He has a mysterious romantic methodology which can be described as “modern impressionism of light and shadow.” His symphony-like interplay between light and shadow magically summons the soul of the model in his portraits, enlightening us on the inner person of the subject. Llado also manages to portray landscapes, which exist, in the mysterious zone beyond the visual or mental landscape, calling on the depth of each individual. These modern impressionistic paintings combine old and new methodologies as well as transparent sensitivity. Produced in a medieval building in Mallorca, by Joaquin Torrents Llado – a man who looks more like a biblical prophet – these works of art are sure to convert many people into dedicated fans.

NOTE: This painting is a reproduction of a painting by Torrents Lladó